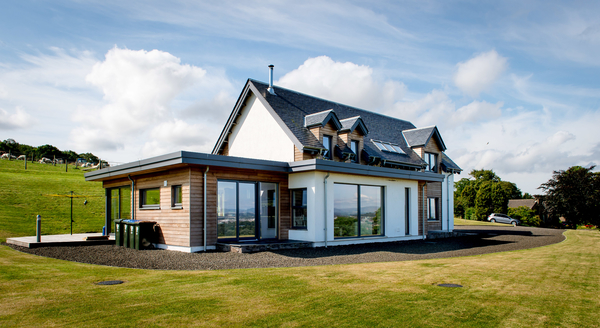 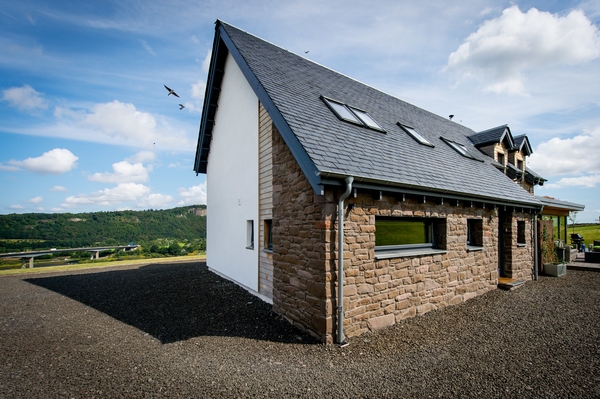 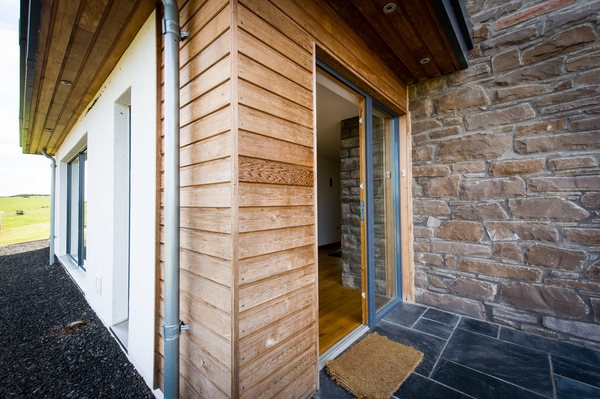 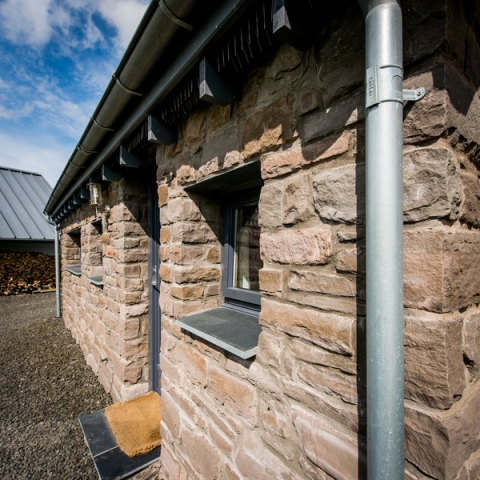 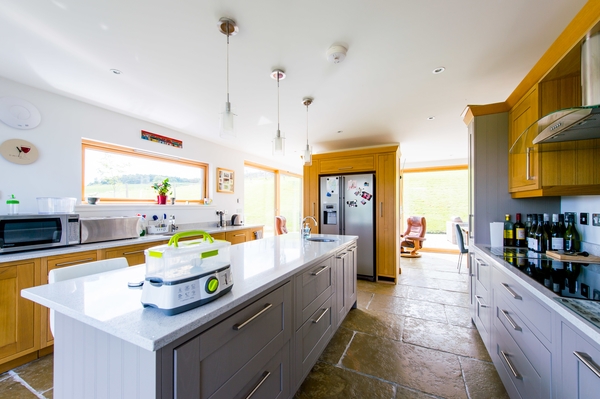 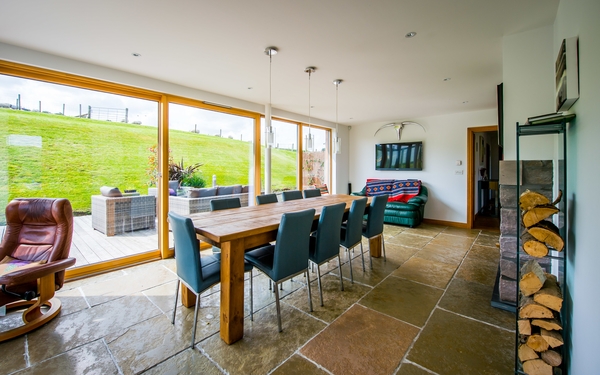 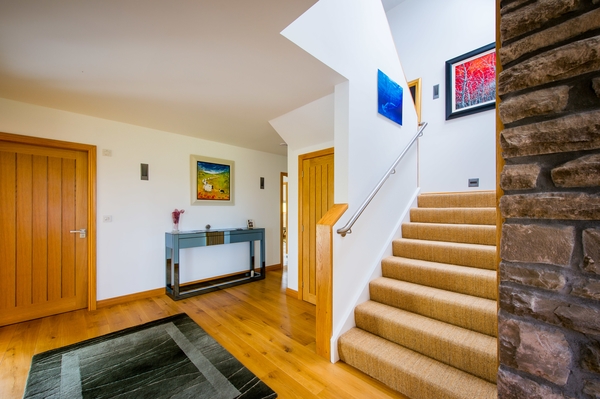 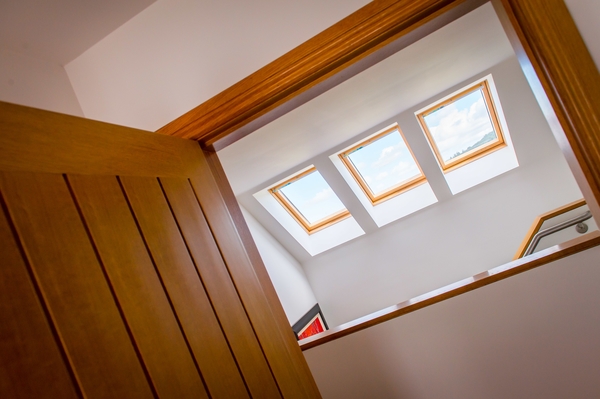 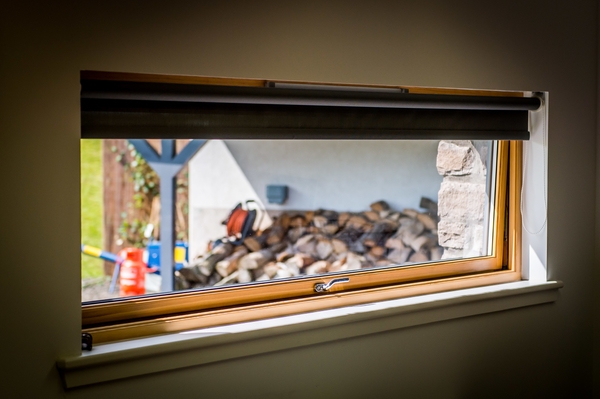 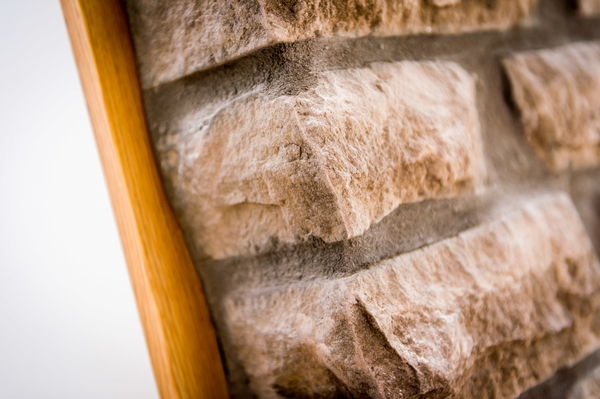 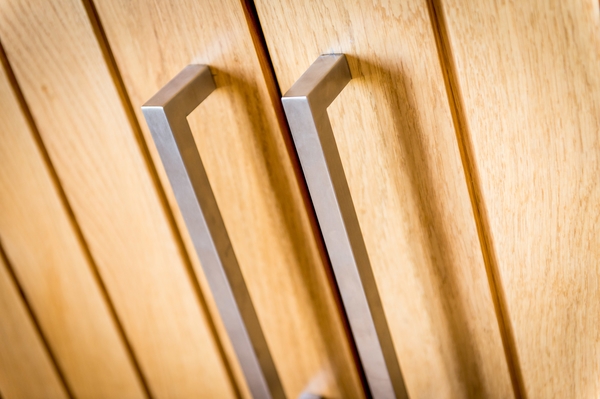 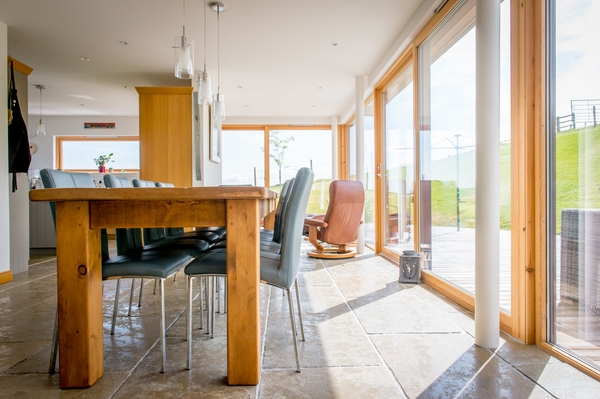 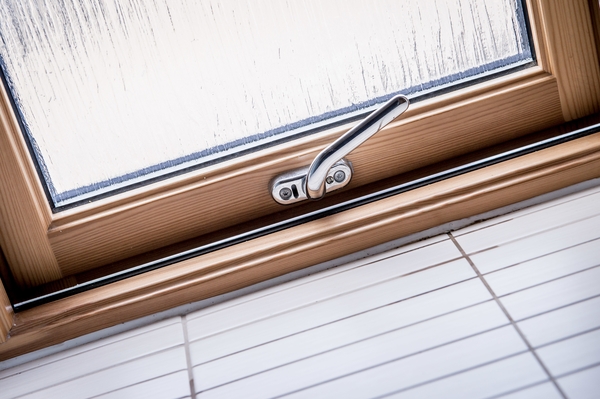 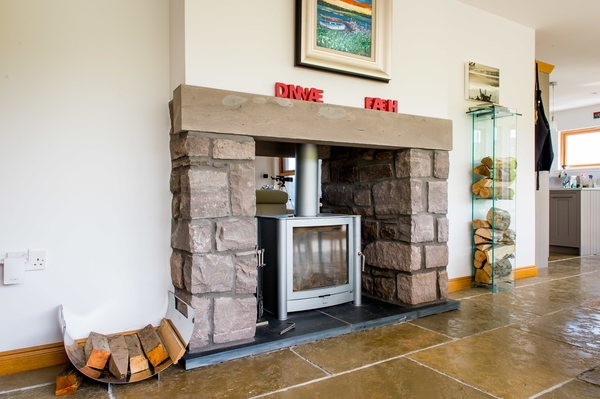 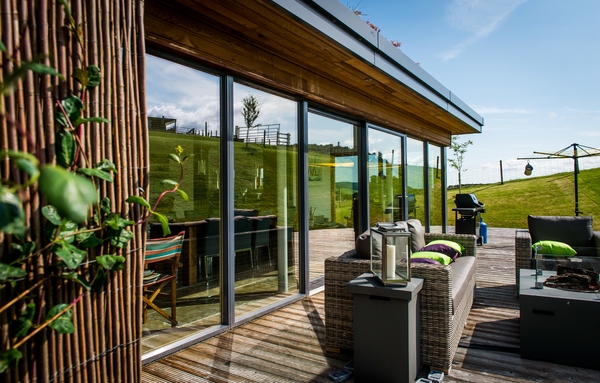 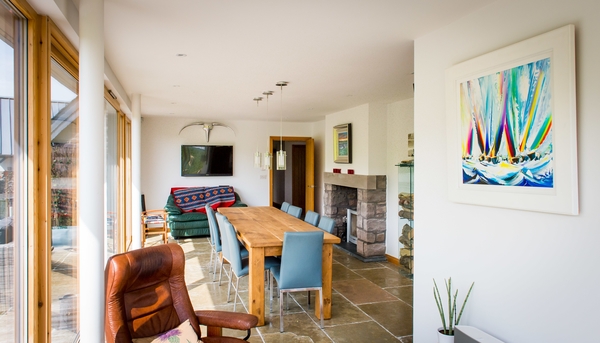 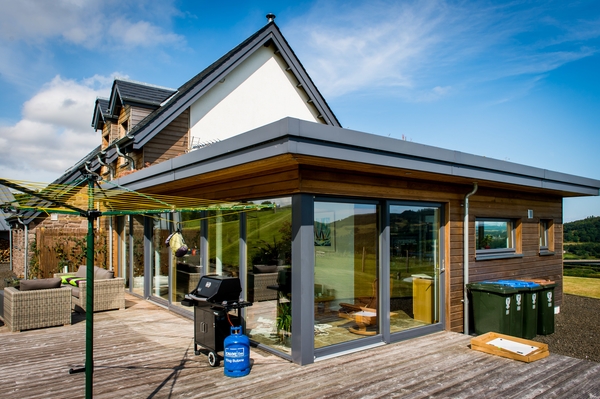 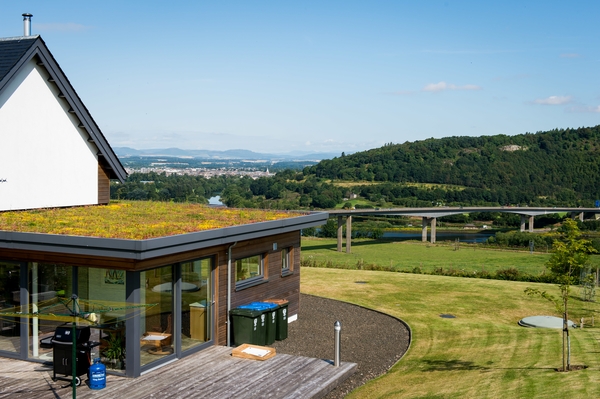 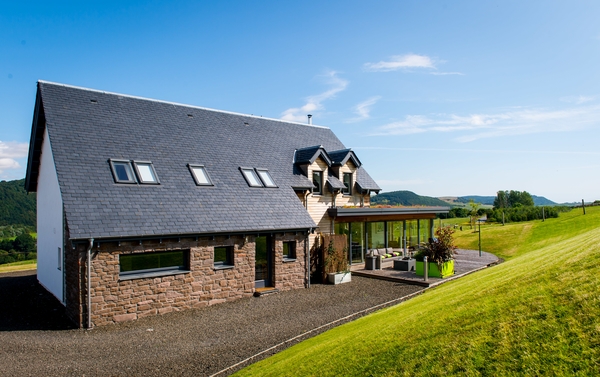 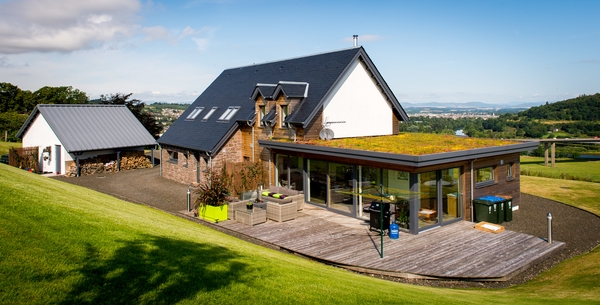 The interior of the house is nished to a very high standard with hardwood and slate oors and a designer kitchen. Floor to ceiling windows and larch decking on the south side make the most of the summer sun and achieve a high level of solar gain.

Stephen said, “I am delighted with the modern perspective of the house but also the way in which it has retained a farmhouse feel. Alexander & Co battled through some horrendous weather during the build.”

Alexander & Co was recommended to Stephen by his architect who has worked with them before. Alexander & Co were the most competitive and the house was completed to a high standard, on time and within budget.